PRESERVE is the first large-scale, multispecialty prospective clinical research trial to evaluate the use of inferior vena cava (IVC) filters and related follow-up treatment in the United States. It was initiated by the IVC Filter Study Group Foundation, a joint collaboration between the Society of Interventional Radiology (SIR) and the Society for Vascular Surgery (SVS).

C-TRACT is a multicenter, randomized trial led by Suresh Vedantham, MD, FSIR, of the Mallinckrodt Institute of Radiology, Washington University in St. Louis. It is funded by the National Heart, Lung and Blood Institute (NHLBI) within the National Institutes of Health (NIH). The study goal is to determine if the use of image-guided endovascular therapy (EVT) is an effective strategy to reduce the severity of post-thrombotic syndrome (PTS) and improve quality of life (QOL) in patients with established disabling iliac-obstructive post-thrombotic syndrome (DIO-PTS). SIR Foundation encourages SIR members to participate in this important effort to support evidence-based IR care by serving as site investigators or by referring patients to study sites. 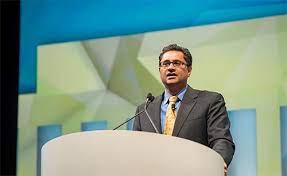 ATTRACT was the first national multicenter, randomized trial to compare the ability of two treatment strategies, standard treatment (consisting of anticoagulants and the use of elastic compression stockings), and pharmacomechanical catheter-directed thrombolysis (PCDT) in addition to the standard treatment. It was led by Suresh Vedantham, MD, FSIR, of the Mallinckrodt Institute of Radiology, Washington University in St. Louis. ATTRACT successfully enrolled its full target of 692 patients and closed enrollment on Dec. 16, 2014. The 2-year patient follow-up period was completed for the last patient in early 2017. The study’s results were presented at the SIR Annual Scientific Meeting in Washington, D.C., on March 6, 2017, and were subsequently published in the New England Journal of Medicine on Dec. 7, 2017. As of mid-2018, the ATTRACT Steering Committee is continuing to analyze the data and write secondary manuscripts.

SIR Foundation has launched the Interventional Radiology Clinical Trial Network (IR CTN) Taskforce to develop, promote and facilitate the execution of clinical trials and a culture of research in IR. Learn more about the IR CTN's efforts: 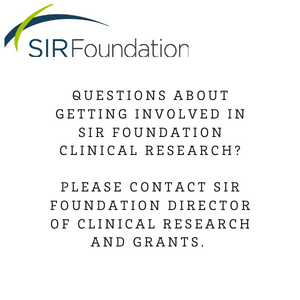